PSA: The new Bon Iver album is out! This is a big deal in my circles because I’m from the same town as Justin Vernon, the guy writing under the Bon Iver nom de plume. (We have mutual friends and had some classes together, but we were hardly “friends”, so this fact doesn’t make me very cool.)

This is the same album Bon Iver premiered at the Eaux Claires festival back in August, and the full album was released today.

I think Vernon made some brave choices on this record. Extended sax techniques on a pop record? Yes. The style is definitely is a departure from For Emma, but the songwriting and vocal stylings are similar. I’m glad he didn’t feel pressured to stick to one formula, and that he no longer has to start an entirely new project just to experiment with his sound.

Unpopular opinion time: While I love most of the digital effects, the harmonizer is just not doing it for me. I get that it’s a nod to the post-production layered vocals and auto-tune that made him famous, but it’s too much. (Also “too much”? Those titles.)

I also think that he tried too hard for an arena sing-along in “22 (Over S∞∞n)” and “00000 Million”. Somehow they’re a far cry from “Skinny Love” and “Holocene”. He would have done better by not pandering to his audience. Having said that, though, “22 (Over S∞∞n)” has gotten stuck in my head more than once.

My favorite on the album is “666 ʇ”, where he and the band get everything right – the reverb-heavy guitar, light electronics, juicy bassline, buildup driven by the drums, etc.

Overall, this one is growing on me, but I don’t think it will be my go-to listen. What I do love about this album is that it will likely have ripple effects of inspiration throughout the industry, in the same way that For Emma and “Woods” (off Blood Bank) led to some real shifts in the pop music world (amid the many second-rate copycats). 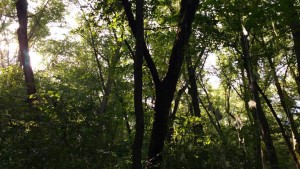 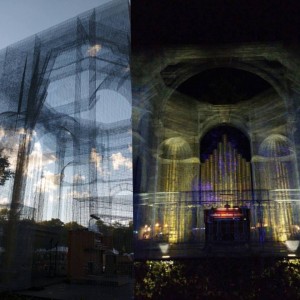 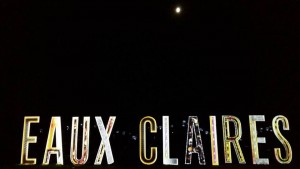 I made a playlist today for midwinter. It’s a good one for admiring the rain, drinking coffee, and thinking about crawling back into bed.

If you don’t have Apple Music to open that playlist and want to use your streaming service of choice, here’s the list:

I’m late to the party on this, but Starbucks somewhat-recently announced that they’re teaming up with Spotify to do in-store playlists. From the looks of it, Starbucks is doing branded playlists on Spotify, and baristas can change their store’s music on the fly.

I wish this kind of development had been available when I worked retail in high school and college. We would get so sick of the music, which was usually on a loop of 3 or 8 hours (depending on the corporation). It rendered more than a few songs completely un-listenable to me.

It seems like Starbucks has always had a pretty good understanding of music’s role in creating an inviting atmosphere. I have a soft spot for their music selection because the first time I heard my friend’s band Bon Iver “in the wild” was in a Starbucks.